Understanding Hammer vs. Striker Fired: Which Is Best for You?

Hammer and striker-fired guns have different advantages and disadvantages. Striker-fired weapons are simpler, but hammer-fired weapons have had more time to mature and refine over the decades. People may have certain preferences for each based on how they carry and what they prefer to use their...

Both have advantages, and some prefer one over the other. I prefer a hammer-fired weapon because I like having control of multiple external safeties and a visual indicator of chambering status. Striker-fired weapons have their high notes, too, but for a visual person like myself, the internal safeties of this kind of weapon just aren’t my preference in certain situations.

What Does Hammer-Fired Mean?

A hammer-fired weapon means that the weapon has a hammer (usually visible at the rear of the slide) that strikes a firing pin that, in turn, strikes the cartridge fire. This ignites the primer, which propels the bullet down the barrel. This setup means the weapon is designed to be in a “cocked and locked” position. Once a loaded magazine is inserted, the slide has to be racked and released to chamber a cartridge; racking forces the hammer into the rear position.

A single-action hammer-fired weapon is a pistol that fires each time the trigger is depressed, as long as the hammer is fully locked back. This is a single-stage trigger, and in this particular type of weapon, there is no decocking mechanism in order to carry the “hammer down,” and there is no “half-cocked” position after the first fire. The hammer goes through a full rotation each time the trigger is depressed. A good example of single action is 1911s.

In a DA/SA pistol carried in the hammer-down position, the first shot is a double-action pull, and all subsequent shots are single-action. Now, each time the slide racks during a shot, the hammer is locked back, and the trigger only needs to be pulled to release the hammer instead of cocking it as with the first shot after inserting the magazine.

A double-action-only hammer-fired weapon both cocks and de-cocks the hammer in the same motion. This weapon is automatically carried in a hammer-down position and does not have a locking mechanism for the hammer as the DA/SA type system does.

A double-action-only hammer-fired pistol also doesn’t have a separate de-cocking mechanism, as this is an automatic function when racking the slide.

What does Striker-Fired Mean?

A striker-fired weapon has an internal firing mechanism rather than a hammer. The firing pin is spring-loaded and under tension until the trigger releases it directly to strike the primer of a cartridge.

When inserting a magazine and racking the slide to chamber a round, the firing pin is partially cocked. This spring-loaded system is a built-in safety when well-maintained, as the force from a partially cocked firing pin won’t be adequate to ignite the primer and result in an accidental discharge.

Are Hammer or Striker-Fired Pistols Better?

Is Striker or Hammer-Fired More Reliable?

Striker-fired weapons are less complex than hammer-fired. This doesn’t necessarily mean they’re more reliable. Less-than-reputable brands of either platform can sell unreliable, unsafe weapons. Many swear by hammer-fired because of its tried-and-true components, others say an exposed hammer is one more opening for debris to foul the gun’s internal workings.

Striker and hammer-fired weapons have a solid place in the firearms market. Hammer-fired is a classic and reliable design that now has variations the first gunsmiths could only dream of. It has a visible external hammer and at least one manual safety that helps many people develop an appreciation for visual and tactile indicators.

A striker-fired weapon is streamlined and simpler in its mechanism. There’s less to catch on clothing when carrying concealed. However, with the trigger directly attached to the firing pin, historically, there’s a higher incidence of accidental discharge and firing pin spring malfunctions. Trigger discipline is also paramount when using a striker-fired weapon; even if this is a popular entry-level gun, accidental discharges from user error are also higher due to immature trigger discipline. 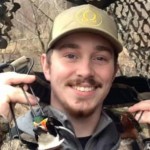 Patrick is a lifelong hunter who mainly chases whitetail, but also enjoys duck and turkey hunting. He has hunted game in various states throughout the U.S. and always enjoys hunting in new areas with new people. Patrick usually prefers his .308 while in the stand but is also an avid bow hunter. Patrick is the author of Omega Outdoors (omegaoutdoors.blog) where he regularly publishes his hunting experiences, insights, and expertise. When he’s not in the great outdoors hunting, he’s writing as much as possible. Single Action vs. Double Action [2022]: What Are the Differences?